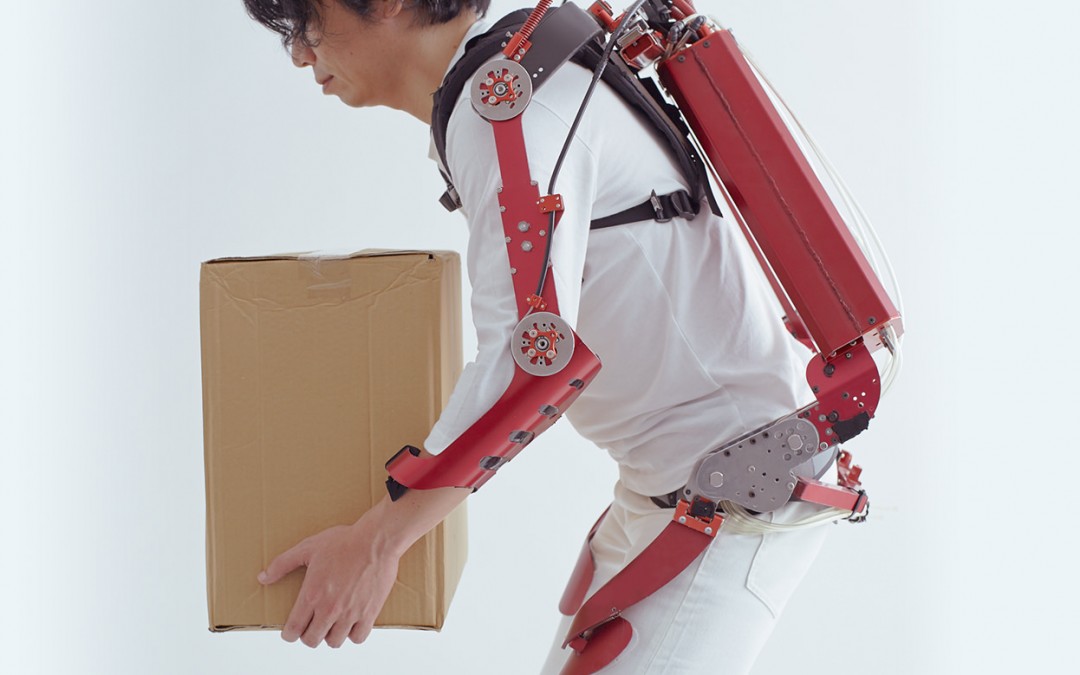 In the hopes of reducing work-related back injuries, pharm a Japanese company has developed a wearable back harness that’s capable of taking 30 kilograms (66 pounds) off of a heavy load.

Engineered by Innophys, a venture company from the Tokyo University of Science, the Muscle Suit is designed for workers in fields like elderly care, agriculture and industry, where heavy lifting is a daily and repetitive necessity.

The suit, which was shown off at Tokyo’s International Robot Exhibition earlier this month, is of particular significance to the country’s older citizens. Given that a considerable percentage of Japan’s population is elderly, with almost 26 percent of the total population being 65-years-old or above and 13 percent being 75 or above, there is a growing demand for able-bodied healthcare workers who can regularly perform physically demanding duties. Lifting and physically assisting the elderly out of bed and in and out of bathtubs or wheelchairs, for instance, is done more frequently than many developed countries.

The Muscle Suit doesn’t literally carry objects, but rather offers support in the form of hydraulically controlled artificial muscles, which are housed in an aluminium backpack that links to waist joints. The pack provides two axis of movement, one for bending at the waist, and another for supporting the thighs.

Innophys isn’t the only Japanese company to develop exo-suits, with Cyberdyne having been doing so for years with its HAL series of robotic suits that, among other things, help enable mobility for the physically impaired.

The standard model is capable of lifting a maximum of 30 kilograms, with a total pack weight of 5.5 kilograms (12 pounds), with a lighter auxiliary model offering a slightly less lifting maximum of 22 kilograms (48 pounds) at 4.2 kilograms (9 pounds) of additional wearable weight.